Advent
/ˈadv(ə)nt,ˈadvɛnt/
noun
The arrival of a notable person or thing.
Derived from the Latin “coming”

Advent calendars come in all sorts of shapes and sizes, so we thought we’d get into the festive spirit this year by launching our very own Morrck advent calendar giveaway.

We are giving away a Morrck Baby Hoodie each day from 1st to 23rd December to one lucky entrant of our Big Christmas Advent Giveaway and because the door is always bigger and the reward always better on Christmas Eve, we have put together this amazing Super Special giveaway for 24th December. 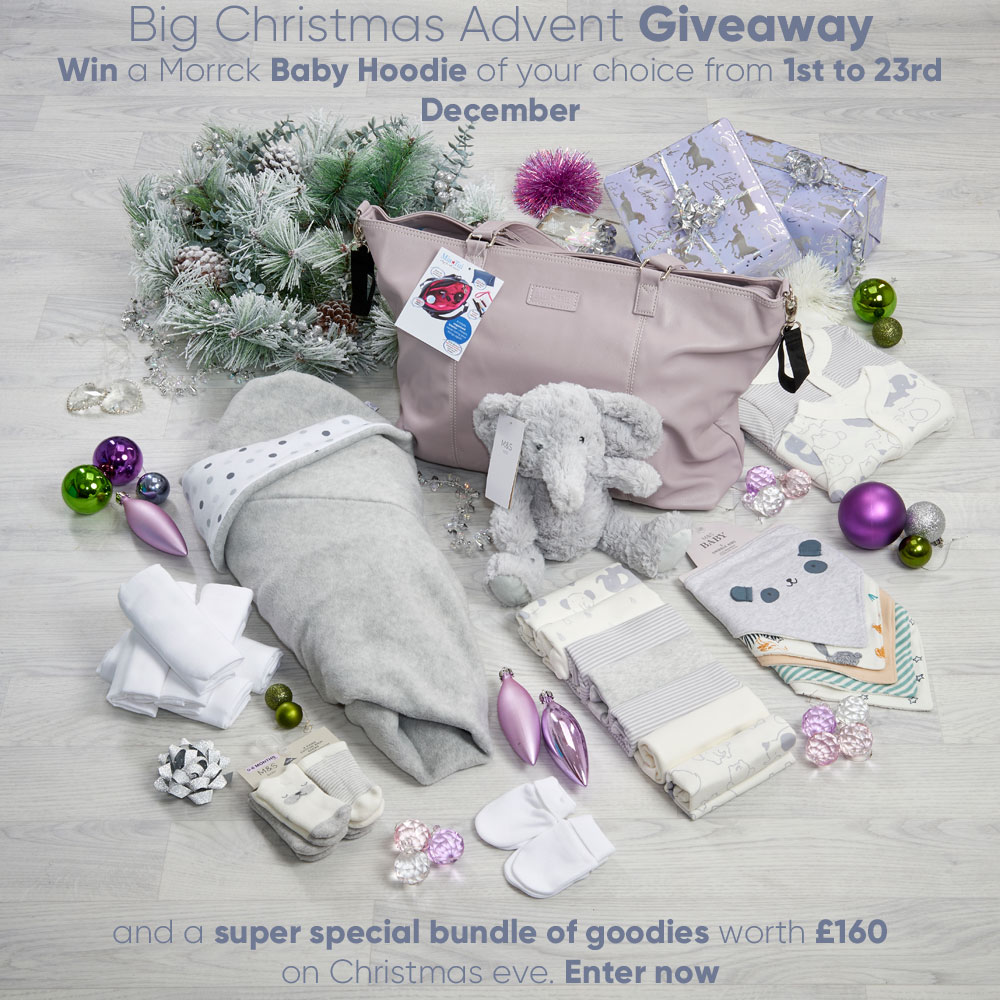 At first they had little doors which concealed a picture or a bible verse.  Now you can get an advent calendar with pretty much anything hidden behind those doors.

Gerhard Lang from Germany is thought to be the first person who produced a printed Advent calendar in the early 1900s. But because cardboard was rationed in Germany during the second World War Lang was forced to close down his business in the 1930s.

After the war ended another German, Richard Sellmer created a calendar based on a more traditional winter town scene. It was called “The Little Town”.  By 1946, Sellmer was producing his Advent Calendars on a grand scale and in the 1950s his calendars were being sold in the US.  His Company still runs today, producing over 140 different varieties of the calendar and the original Advent calendar design is still available to buy.

Chocolate Advent calendars first appeared in 1958 and in 1971 Cadbury launched its own version in the UK.

Everyone at Morrck would like to wish you the very best of luck in our giveaway and a very Happy and Healthy Christmas and New Year.

We use cookies on our website to give you the most relevant experience by remembering your preferences and repeat visits. By clicking “Accept”, you consent to the use of ALL the cookies.
Cookie settingsACCEPT
Manage consent

This website uses cookies to improve your experience while you navigate through the website. Out of these, the cookies that are categorized as necessary are stored on your browser as they are essential for the working of basic functionalities of the website. We also use third-party cookies that help us analyze and understand how you use this website. These cookies will be stored in your browser only with your consent. You also have the option to opt-out of these cookies. But opting out of some of these cookies may affect your browsing experience.
Necessary Always Enabled
Necessary cookies are absolutely essential for the website to function properly. These cookies ensure basic functionalities and security features of the website, anonymously.
Functional
Functional cookies help to perform certain functionalities like sharing the content of the website on social media platforms, collect feedbacks, and other third-party features.
Performance
Performance cookies are used to understand and analyze the key performance indexes of the website which helps in delivering a better user experience for the visitors.
Analytics
Analytical cookies are used to understand how visitors interact with the website. These cookies help provide information on metrics the number of visitors, bounce rate, traffic source, etc.
Advertisement
Advertisement cookies are used to provide visitors with relevant ads and marketing campaigns. These cookies track visitors across websites and collect information to provide customized ads.
Others
Other uncategorized cookies are those that are being analyzed and have not been classified into a category as yet.
SAVE & ACCEPT